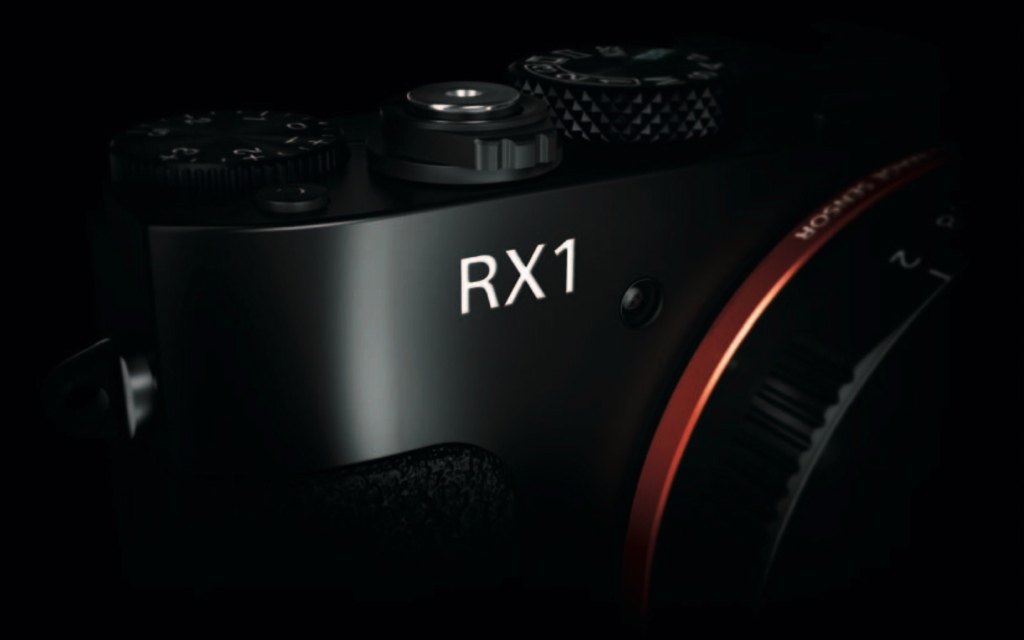 Progress in material processing and engineering, powered with rapid prototyping and mass production have enabled manufacturers an unprecedented level of sophistication in the look and feel of a camera product of recent past.

Parallel to that, sillicone and software have also seen a multitude of innovation that narrows the gap between analog (film) and sensor-based digital imaging quality.

The result: cameras have become smaller, faster and better in the last 5 years, since the beginning of the digital camera revolution.

Go to a camera shop and do glanced at their shelves. Chances are you will find the Fuji X100, and Sony’s RX100. Put it in your hands, feel the dials, peek onto the viewfinder (if there’s one), and you will fall in love with them.

Then comes the RX1.

At $2800, the 5D Mark III is just around the corner. And you can buy two X100 with its price tag. But there’s something about the RX1 that turns head and drop jaws:

The RX1 is one of the most unobtrusive cameras available today. Turn off the fake shutter sound—I really don’t know why camera makers insist on including that—and the focus assist light and you can use it anywhere with minimal impact. Nobody but you will hear the softest of sounds from the leaf shutter in the lens when you make a photograph. Furthermore, the diminutive size of the camera is simply disarming.

…the feel of the controls is among the finest that I have ever encountered on any camera. Only an M Leica is comparable. Every knob, switch and dial on the RX1 is solid, has firm detents, and overall the whole camera feels like it would survive reentry from orbit, or at least six months in a pannier on a round-the-world bicycle trip. […]

The RX1 is almost totally silent in operation because of its leaf shutter. If you turn off the electronic focus confirmation sound all you hear is a soft “snick” when the shutter is released. Someone standing a few feet away, even in a totally silent room, won’t be able to hear it, and in any normal environment the camera is effectively totally silent. Of course there are many small cameras with leaf shutters that are also silent, but full-frame, 24 MP? No, nothing else past or present.

With its minimalist style, straight lines and rounded edges, the RX1 follows the design philosophy of the Cyber-shot RX100. […] …while there isn’t really much of a hand grip to speak of, the grip and thumb rest areas are covered with a soft rubber material that feels comfortable in the hand.

The design is understated and tasteful. The camera is nearly all black and very serious in character. […] The tolerances and lacquer quality is top notch. The entire camera is made of metal too. Not 100% sure on the material, thought it was magnesium at first but it feels a bit more substantial, almost like steel.

They’ve pretty much describe what a Leica camera looks and feels like.

A great camera is not about how good the lens and the picture quality is, or how solid it feels in the hand, and how easy, or how intuitive it is to operate. It is all of that combined, and more. While getting them closer to perfection means business, being far from it is meaningless.

While Leica was the first, and still the world’s foremost producer of premium quality camera, they have lagged behind in the silicone and software side of the business. Modern camera makers are crafting Leica-quality craftsmanship faster than Leica making digital sensors and writing imaging algorithm:

The RX1’s image quality is generally excellent, whether you shoot in Raw or JPEG mode. The JPEG color is pleasant and the levels of detail conveyed are greatly improved, compared to previous Sony models – good use of sharpening means the images show plenty of detail without obvious halos or artefacts. Despite the high detail levels, we’ve not seen any moiré in our real-world shooting.

I’ve processed a lot of files from a lot of cameras and up until now, using a small camera always came with the compromise that things would be quite a bit more limited in RAW processing in terms of exposure latitude, shadow and highlight detail, and dynamic range. Not so with the RX1. There hasn’t been a single file that I’ve looked at that I really wish I’d had one of my bigger cameras around at the time in terms of processing the RAW file.

Bokeh is like butter and sharpness is top notch. The images are perfect – and I save that word for special occasions. What’s more impressive is how this camera feels. It brings back the tactile feeling of my Panasonic GF1 but at an amplified level. The RX1 is the Porsche of cameras. It brings you, light and the subject closer. You can feel what the camera is doing. It’s transparent.

But this camera is not without its drawback, and almost unanimously, they quib about its autofocus performance:

The main drawbacks stem from the camera’s autofocus performance. While not at all bad, it’s not fast enough for ‘decisive moment’ street shooting.

My biggest day-to-day issue with the RX1’s is that it’s not at all intuitive to set up its focusing system and switch easily between its various modes. For example, there’s a pretty decent focus tracking mode that seems to be only accessible when using the multi autofocus area mode and can’t be engaged when using the flexible spot mode. […]

The RX1 doesn’t have an electronic remote shutter release. Instead, it has an old-school screw-in shutter release. While I appreciate the historical nod, this means that you can’t use a radio trigger like a PocketWizard for remote shots nor can you use external intervalometer to shoot time lapses.

…beware of the close focus ring on the lens. It is all to easy to accidentally turn it to the close focus position and then wonder why the camera isn’t focusing properly. This is, to my mind, one of the camera’s glaring design faults.

I have yet to try the RX1, and there are enough opinions on the reviews above to help you form yours. Price and minor quibbles aside, it is still a magnificent camera, and consider this: If the RX1 is not as good as they say it is, do you think Sony would even dare to put such a high price tag on it?

While it may looks retro, the RX1 (and a plethora of retro-themed camera) is so much more than analog controls and manual lens ring; it’s the seamless integration with the state-of-the-art that wins a photographer’s heart.

Update: DxOMark has published a review of RX1’s lens, and the RX1 team deserves a big bonus.